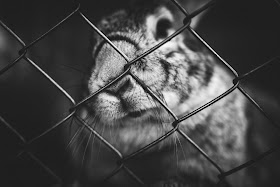 Our strengths bequeath us our weaknesses.

I’m very fortunate; I’m not much influenced by other people’s feelings. Almost certainly this is a genetic trait, and though some might think of it as a weakness it means that I’m not much bothered by conflict and confrontation – sometimes I quite like it. It affords me more freedom of thought.

Like everyone, I often forget that other people aren’t like me. A few weeks ago, I was reading a blog post by a woman describing the devastating effects of a single critical response to something she had posted online, and her journey to emotional recovery. I thought ‘wow – I wouldn’t have given that a second thought.’

I find these reminders of difference helpful. Though I am involved in – sometimes quite pointed – online exchanges on a daily basis, I almost never lie awake thinking about them. On the contrary, I learn from them, and seek them out.

Now I know what some of you are thinking (I’m getting better at that): I’m white, male, the product of a privileged upbringing: all of which has lent me a certain confidence. Whilst that is certainly true, it’s not (just) that: in fact I often realise I have made mistakes, behaved like an idiot. I can be quite unconfident in something – I’m just not terribly troubled by these things. I have colleagues from the same demographic who are.

I don’t think you know yet why I'm writing this.

Recently I have been reading more about people who suffer terribly from the things people say, and it has reminded me of two things: of how different we are, and how important it is that I try to ‘be more Gemma’ (a reference to my friend Gemma Critchley who taught me this lesson) – that I try to be positive wherever possible.

I don’t think you can truly embrace diversity without an appetite for confrontation.

Years ago, when I worked at the BBC, I was tasked with designing the online Diversity programme. The BBC likes to think it does things better than everyone else, and consequently I got to speak to some extraordinary people. I spoke to the producer of EastEnders (who was black). She said I should go door-to-door in London, asking people what ‘diversity’ meant to them – even the racists, in fact especially the racists. The BBC were too scared to do that.

But it was a comment from a white, male, senior manager that stayed with me– he said ‘I think people should be braver in their hiring decisions.’ I still think about that to this day. Why is it ‘brave’ to be diverse?

And here’s the problem: people find change challenging. Difference says ‘the way you are, may not be the best way, may not be the right way. You need to change.' Right now we are awash with people challenged by that thought. People who want more than anything to be able to say 'I'm good, the way I am.' But our encounters with difference are always confrontations to some degree. Through them we grow. A commitment to diversity is a commitment to personal growth.

But not everybody likes confrontation.